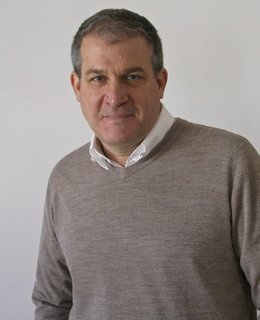 Weakness:   A predilection to peregrination

Chris has wide ranging interests, ultimately focusing on business, technology and the challenge of sustainability. As a world-savvy business developer, he believes that profit is neutral and a powerful motivator of individual and societal behaviors. He believes that intelligence, science and technology are our most powerful tools, and that they are the key to individual and collective achievement, success and a sustainable and abundant future.

Chris' first job was working as a deckhand on a salvage ship. This led to a degree and a move to Wall Street. The move to Wall Street proved dissonant, so he left and co-founded a business in Mexico. After selling, if you could have found him, he spent the next ten years pared down to a backpack and The Meditations stuffed into a back pocket, working as an officer or captain on research vessels, hospital ships, offshore supply boats, tugs, and square riggers on many of the world’s oceans.

Coming ashore, he merged his knowledge of the maritime industry with Web 1.0, co-founding a project that connected the international shipping industry with the emerging internet businesses. This led to an intense and successful stint as Director of New Ventures for a large civil construction company. He left to co-found Portland Capital, a boutique firm taking on a range of advisory services and investments in the US, Hong Kong, Singapore, Indonesia, and Europe.

From there, he went to the Caribbean, attracted by the opportunity to lead a turn around of a large, region-wide marine construction group and a company villa on the beach in Barbados. There, with the acquisition of new young talent, a focus on integrity, execution, the introduction of Lean thinking, and a lot of hard work, the results were rewarding.

Polydome is an answer to a part of the world food crisis. With its high yields (60 – 90 kg per square meter), and diverse outputs (over 50 crops, two mushroom varieties, chickens, eggs, fish, and honey), even a small Polydome system can sustainably provide a varied food supply for a large population. Scalable. Proftiable.

Polydome has been extensively researched by Except and over 12 partners in the industry. Concept overview and technical details are published in a free open source book, downloadable below.