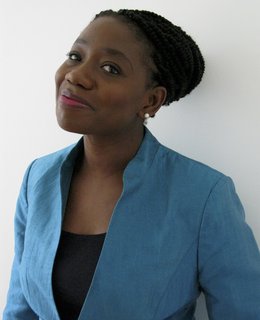 Laurina believes that talent, knowledge and drive have the power to transform anything. She is excited by the new economy; one that is not defined by geography or nationality, but by unconventional businesses, creativity, technology, exceptional productivity, and social and environmental values. This is what she focuses on to develop at Except.

She believes that this kind of thinking, when applied in the developing world, is one of the keys to both local and global sustainability. New ideas and technologies have the capability to leap-frog old systems and ways of thinking within these societies and present significant step-change opportunities.

Laurina is interested in the practical application of sustainability in any situation, paring early adopters to suitable systems and methods in both developed and developing countries. She is particularly interested in tapping and leveraging the intellect and ambitions within the developing economies that are quickly coming online literally and virtually. She feels that developing new ways to include them into the conversations and implementations of sustainable methods will contribute significantly to addressing the world’s grand challenges and drive developing economies.

Laurina began her working life at a massive Caribbean petroleum refinery saturated with benzene and bureaucracy. Her way out was an MBA into London’s Financial district. Her insistence that HR should be strategic rather than administrative led to new ways of thinking about what created an organization’s best strategic advantage. The culmination of this part of her career was building and developing a young, awarding winning team in a previously failing company that created profits ten times higher than best-in-class in less than two years.

Since then she has developed two businesses: AccomplishedMinds where she interviews entrepreneurs and social entrepreneurs from around the world, connecting the accomplished and fostering the ambitious. She also created Sound Body Science helping, trainers, physicians and Ministries of Health in the Caribbean deal with the crisis point they've reached with obesity related diseases.

With its high yields (60 – 90 kg per square meter), and diverse outputs (over 50 crops, two mushroom varieties, chickens, eggs, fish, and honey), even a small Polydome system can provide a richly varied food supply for a large population.

See for more information www.polydome.net. Download the full Polydome book for free below.